The History of Mackenzie is the history of the Rocky Mountain Trench.

While the current-day townsite of Mackenzie was developed in the late 1960s, the history of European settlement in the area goes back to the earliest fur trading posts. The Northwest Company was trading furs with First Nations people and trappers during the early part of the 1800s. The Hudson's Bay Company moved into the area in the 1820s and established many successful trading posts.

The area is rich in history from the people that lived here before European arrival, and still do. First Nations communities starting closest to Mackenzie then moving North up Williston Lake are the: McLeod Lake Indian Band, Kwadacha Nation, and Tsay Keh Dene, then moving Eastward on Williston Lake on the Peace arm are the: West Moberly First Nation, Halfway River First Nation and the Saulteau First Nation.

Mackenzie is located in one of the few areas of BC that have a settled treaty, Treaty 8, Map of Treaty 8.

After the Cariboo Gold Rush in 1870, miners began to move north into the Omineca District (north of Mackenzie) in search of riches. The communities of Germansen and Manson Creek were established as settlers moved into the area.

Movement of supplies to the trading posts was by river freighters and pack trains during the early 1900s. Men like Gus Dalhstrom, Edward Buchanan, and Dick Corless, operated river freighting companies to move supplies to the early settlers, from the 1920s until the construction of the Hart Highway in the 1950s.

During the 1960s the construction of the W.A.C. Bennett Dam signalled the end of many of the settlements along the Finlay and Parsnip Rivers, as the Williston Lake Reservoir flooded over them.

In 1965, the clearing of land began for the townsite of Mackenzie. British Columbia Forest Products built a pulp mill and two sawmills to begin developing the vast forest resources in the area. The first families settled in Mackenzie in June of 1966.

Journey back in time

Visit the Mackenzie & District Museum to learn more about the region's colourful past. 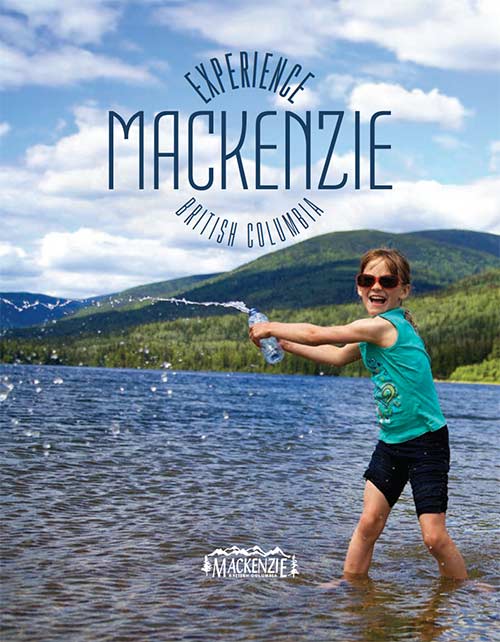